At last count, 48 percent of Kickstarter projects do not reach their funding goal, and thus raise zero dollars. This is, as they say, a feature, not a bug.

All of which sounds like market mechanism in precisely the mode that Hayek described: the consumers collectively weeding out the bad ideas through the magic of paying for things. 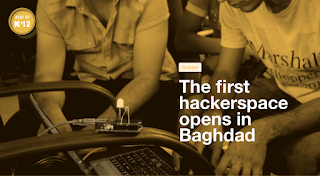 To date, the most prominent examples of network architectures influencing real world change have been the decentralized protest movements that have emerged in the past few years: MoveOn, Arab Spring, the Spanish Revolution, Occupy Wall Street. These movements have been fascinating to watch and [...] they have succeeded brilliantly at expressing a popular dissatisfaction with the status quo, building awareness for a particular injustice, and on occasioni raising money. But they have all proved to be somewhat disappointing at actually proposing new solutions and making those solutions reality. [...]
Could it be that peer networks won't perform as well outside the grounds of Web 2.0 technology?